The module Train loads allows you to generate quasi-moving loads on slabs: The module for allows simulation of loads moving along a specified path on frames as well as surfaces. 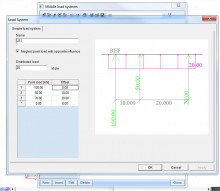 An advanced load system contains multiple groups of mobile loads. Each group is a combination of line and point loads that move together along a predefined path on the structure:

Some automated decisions are made in function of the sign of influence line ordinates:

Based on the influence line analysis, envelopes (minimum and maximum functions) for internal forces, reactions and deformations are generated.

Actual or fictitious load cases may be generated based on envelopes.

Note: Fictitious load cases are valid only for the component for which they were derived. Thus, a load case derived for minimum bending moments My will contain valid and meaningful results only for My diagrams, and not for other internal force or deformation components.

The module calculates the interference of several groups of mobile loads on frames.

The module also calculates the interference of several groups of mobile loads on frames and surfaces.

Advanced load systems are suitable for the modelling of complex loads on structures such as: 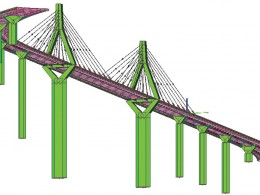 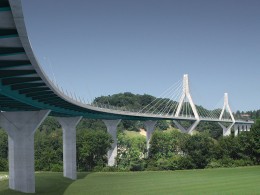 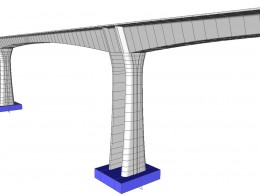 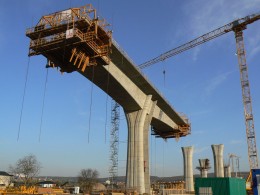