The sensd.07 module sets up a bidirectional link with the Frilo BTII solver, where FEM calculations are performed using elements with 7 degrees of freedom per node. This type of element formulation correctly captures warping in the member and any lateral-torsional buckling (LTB) that may occur.

The member of interest is exported and analysed, taking into account the boundary conditions and loads applied in SCIA Engineer. Various three-dimensional loading scenarios can be simulated, and results may be used for verifications in the ultimate and serviceability limit states, including fire resistance.

The functionality can be used in two different ways:

Hot-rolled or cold-formed elements may be analysed, with both open (e.g., an I- or U-section) or closed (e.g., a RHS) cross-sections. A single beam element is taken out of the structure and is analysed as an isolated beam, with:

In both types of application (i.e. critical buckling moment as well as in the 2nd order analysis), Frilo BTII sends the results to SCIA Engineer, where they can be displayed and/or added to the Engineering Report.

Various load types may be applied on the analysed member: point and distributed forces and moments, as well as any combination of these. The self-weight is converted to an equivalent line load on the beam. Moving loads may also be defined to design e.g. crane runways.

The module analyses 3-dimensionally-loaded beams with any boundary conditions. The following intermediate restraints are considered:

Initial imperfections are taken into account during the 2nd order analysis of the beam stability.

The module lets you perform the 2nd order analysis in the ultimate and serviceability limit states for beam members with any type of supports and loading.

If the standalone Frilo BTII application has been installed, it is possible to directly export a beam from SCIA Engineer to it via the 'Export to BTII' action button. All relevant properties and additional data are exported as well.

There are a few more features available in the standalone BTII, e.g.: 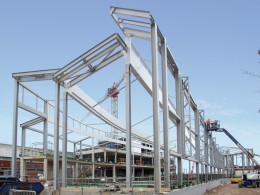 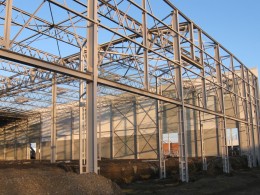 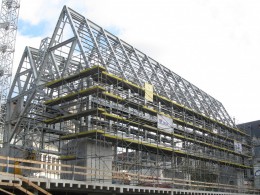