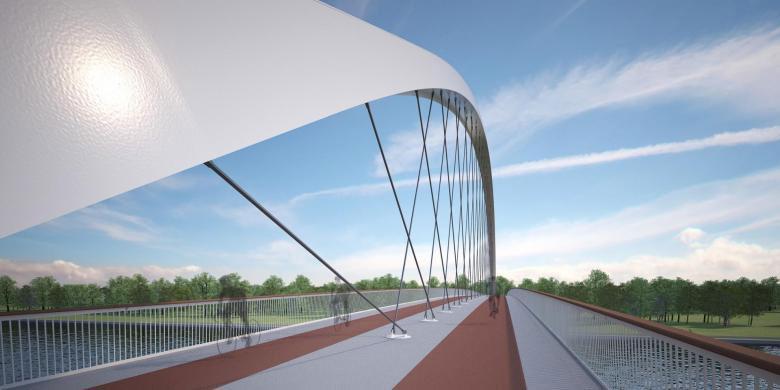 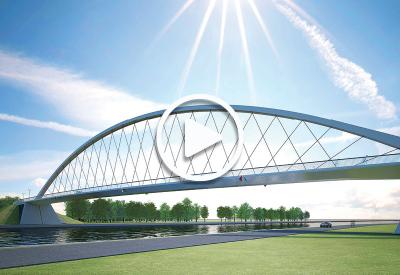 The bridge in Tessenderlo had to be rebuild because of the widening of the Albert Canal and the increase of the clearance for shipping traffic. The new bowstring bridge is 141 m long with two lanes for cyclists and pedestrians. The orthotropic deck is 9.5 m wide. The bridge weighs 650 t. The arch is 19.6 m high.

The deck consists of a torsion-resistant closed boxed steel section, trapezoidal in form and variable in height along the length of the span. The torsion-resistant closed boxed steel section is necessary since there is only one single central arch supporting the deck. It is connected to the arch by 44 hangers. The hangers were placed in 2 rows in a weave pattern. For the assembly on site, the arch and deck were transported by ship and pontoon in 3 or 4 parts to the building site. These parts were lifted by cranes and then welded on site while being held by temporary supports. SCIA Engineer was used for the dimensioning of the bridge in the traffic situation and the erection engineering of the bridge. From an engineering point of view, this project has several challenges. The first challenge was that the bridge deck has an important influence on the global behaviour of the bridge. The possibility to input and analyse graphical sections was a big advantage.

Also advantageous was the SCIA Engineer’s ability to generate stability shapes and use them for the second order analysis. This was useful for the check of the arches without intermediate connection. Finally, SCIA Engineer allowed us to perform the dynamic check of the bridge under traffic and wind conditions. 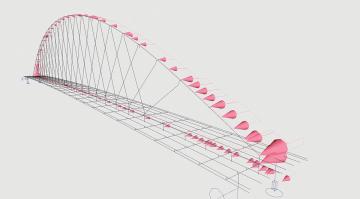 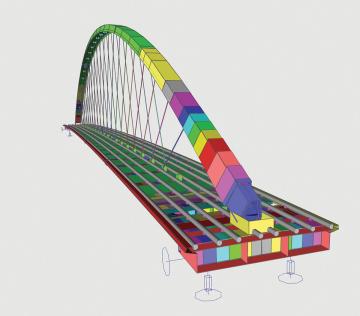 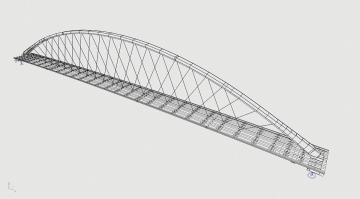 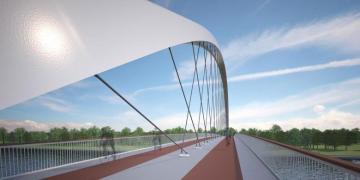 Integral quali​ty is our top priority

Stendess calculates and draws complex steel constructions in a high-quality and efficient manner while seeking economically responsible and sustainable solutions for specific technical stability issues. Thanks to the integral service, where the design of the metal superstructure and the concrete substructure are calculated and drawn by experts in the same office, the building owner and principal contractor retain 100% control over the complete structure. References demonstrate the multidisciplinary knowledge and ability of our engineers and designers in the market of bridges, industry, utility and other projects located worldwide