The bridge over the Hracholusky reservoir near the city of Plzeň is a single-track railway bridge of 5 spans that was constructed in 1901. The 1st and the 5th spans are stone arches and the 2nd, 3rd and 4th spans are identical simply supported rivetted steel arch trusses with a top bridge deck.

Due to extensive corrosion, the steel trusses had to be replaced in 2018-2019. The new steel superstructure is also a steel truss with a top bridge deck to resemble the original bridge. The replacement itself was a challenging task. Due to difficult accessibility from below the bridge, an innovative approach was applied. The spans were replaced one-by-one. For each span a new truss was pre-assembled and, in an upside-down position, moved onto the existing one. Then, the new and old trusses were clamped together and rotated around the longitudinal axis.

The structural model was created from a detailed Tekla file that was, after some modifications, imported to SCIA Engineer. The project had a very tight deadline and therefore the work was split in between 2 teams: the first one designed the connection between the original and the new bridge and the second team designed the rotation mechanism. Changes from both teams were merged together using SCIA Engineer’s Table Input.

Construction stages were defined by the fact that most structural elements in the model rotated (around the bridge longitudinal axis). Therefore, multiple models for the most important stages were created for the final assessment. To analyse the rotation-mechanism, non-linear hinges, general plasticity and stability analysis were used.

"Complex analysis of a difficult construction process. Perfect usage of most possibilities available in SCIA Engineer."

This project is the winner of the SCIA User Contest 2020 – Category 2, Civil Structures.

​Find out all about the challenges and details in this interview. 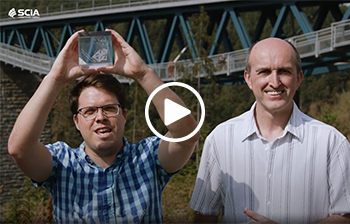 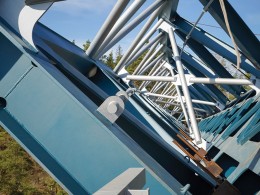 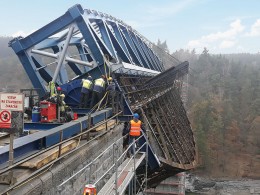 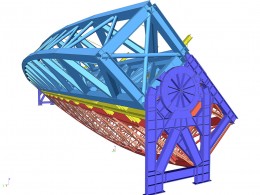 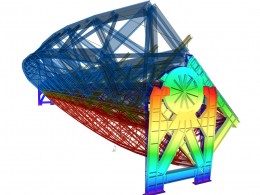 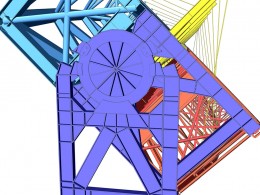 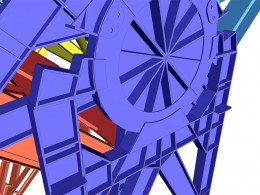 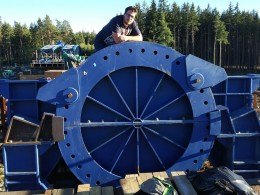 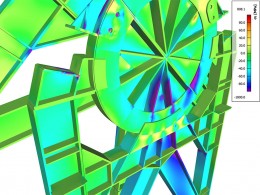