Load types available in a particular project may depend on the type of project (2D, 3D, etc.) and on the functionality adjusted for the project. The number of available load types is really large. In this article, we introduce the effect of prescribed displacements for specific points in the structure.

A node of the structure may be subjected to a prescribed displacement. In such a case, the user defines the direction and magnitude of the known displacement.

Parameters have the following meaning:

The translation of support can be defined ONLY in fixed supports; it cannot be defined in flexible and non-linear supports.

This example demonstrates the difference between absolute and relative reference.
Let us assume a simple three-span frame with supports as shown in the picture.

The translation in the left frame is input with the following values: 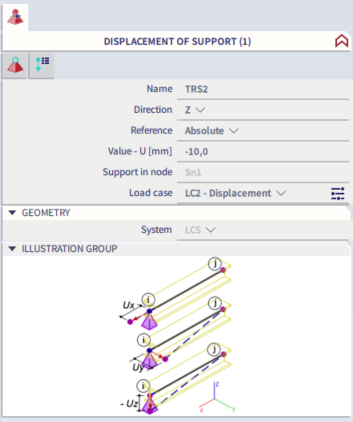 The right variant with the following parameters: 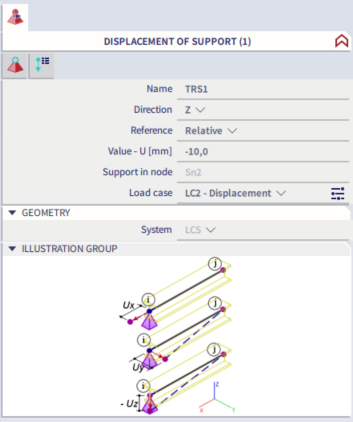 The difference between the absolute and relative reference can be clearly seen in the last picture (the height of the frame is 4 meters). 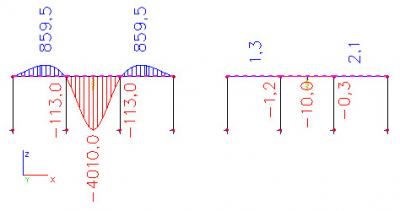 Point displacement - Translation of a point on beam - rel. translation 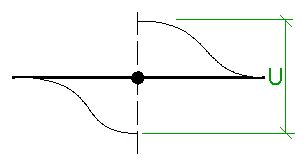 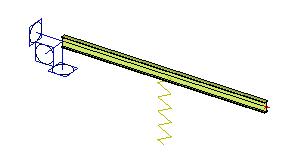 A node of the structure may be subjected to a prescribed rotation. In such a case, the user defines the direction and magnitude of the known rotation.

Note: The rotation of support cannot be defined in flexible and non-linear supports.

Point displacement - Rotation of a point on beam

A point of the structure may be subjected to a prescribed rotation. The rotation means that the 1D member is "cracked" and both parts are bent. The imposed load is clear from the picture below. The defined magnitude is equal to the angle between the tangents to the two parts of the 1D member. 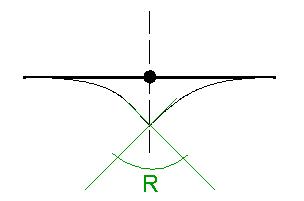 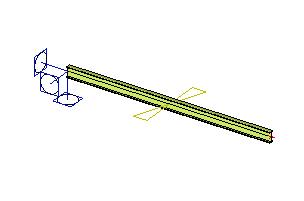 The whole 1D member may be subject to a longitudinal strain. This strain can be either uniform along the beam or may vary linearly.

The whole 1D member may be subject to a flexural strain. This strain can be either uniform along the beam or may vary linearly.

The parameters have the following meaning

Considering that the material is homogenous and isotropic and that the temperature is distributed linearly across the member thickness, the elongation of a member due to the increase of temperature can be easily calculated.

Considering this, we obtain:

alpha: coefficient of thermal expansion
delta T: difference in temperature between the surface z = -h/2 and z = +h/2.
h: member thickness
It follows from geometry that k = 1 / R, where R is a radius of a spherical surface the shape of which the members takes if the change of shape due to an increase of temperature is not prevented.

Imagine the following – rather theoretical – situation. Let’s have a circular slab supported in its centre only.

First, let’s subject this slab to the uniform elongation of 10 mm/m. It is possible to imagine that both surfaces of the slab are heated.

After calculation, we may see the overall and symmetrical expansion of the slab (the figure shows both the original slab and the deformed finite element mesh).

Second, let’s subject the slab to non-uniform expansion (curvature) of 10 mrad/m. It is possible to imagine that only one surface of the slab is heated.

After calculation, we may see the bowl-like deformation of the slab that results from this type of load. The figure shows the both the original slab and the deformed finite element mesh. The second figure presenting the side-view is more illustrative.