How does the structural model work?

The model we build inside SCIA Engineer and use for calculation is called an analytical model. This is a simplified representation of the reality, where beams are approximated by 1D lines. Local details, like for example how the beams get cut off at the height of the column, get neglected in this calculation model. For some purposes however, for example the modelling of steel connections, it is necessary to know these details. This is why a second type of model exists inside SCIA Engineer: the structural model. In this model, beams are 3D elements and their connections are displayed as they would be in reality:

To display the structural model, the functionality needs to be activated in the project data. It will also be automatically activated when steel connections are selected. Next go to View > Set view parameters > Generate structural model: 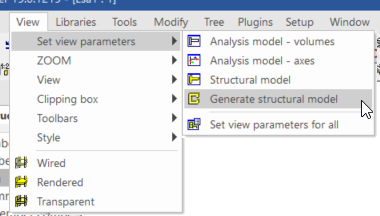 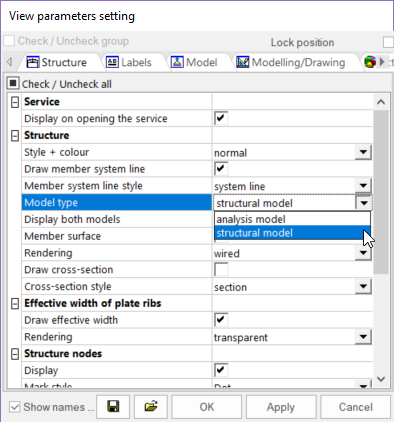 By default the priority of an element is the value displayed between brackets after the element type (see red rectangle). This can be overwritten under Structural model by choosing ‘defined manually’ for the priority definition (green rectangle). 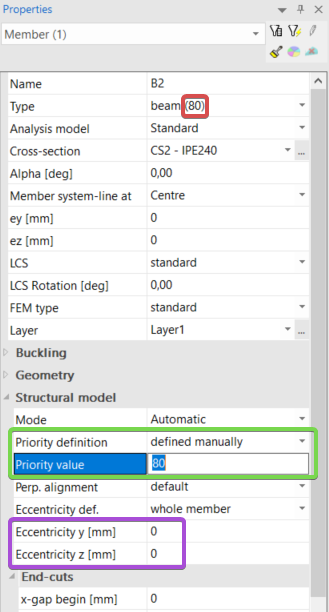