SCIA Engineer easily plugs into any workflow, reducing manual tasks and adaptations, while making a project and collaboration among the project stakeholders more effective. The IFC format, one among many that SCIA Engineer supports, is a foundational element enabling Open BIM. SCIA Engineer is the first structural analysis software certified for both IFC 2x3 import and export. The application features the unique BIM toolbox that helps to optimize the Open BIM workflow for structural analysis.
Note: This workflow can be done even more efficiently using the SCIA Autoconverter.

The IFC import (or update) can be run from Main menu > File > Open from > IFC2x3. This function supports both plain IFC and IFCzip files. 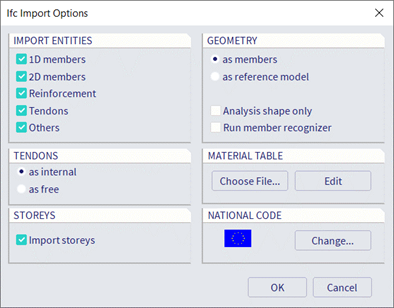 In the dialog, select what object types need to be imported (e.g. only 1D or 2D member or reinforcement,...). If the file contains also tendons, you have to select how you want them to be imported: as internal or free tendons. By default, storeys are imported from the IFC file. You can decide to ignore them by unselecting the option.

The most important option in the dialog is how you want all objects to be imported, either as native members (if possible) or as reference objects/general solids (reference model).

If the IFC file contains many objects stored with the boundary representation (BREP), it is recommended to select the Run member recognizer option, which automatically starts the Member Recognizer immediately after the import. It converts all members defined in the IFC file as beam, column, standard wall or slab to native SCIA Engineer members. 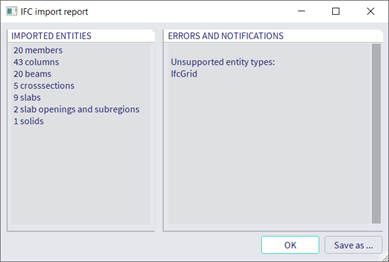 Once the architectural (structural) model is imported from the IFC file, create the corresponding analytical model using the BIM toolbox in SCIA Engineer.

After the import, member axes and midplanes are not connected to each other and some elements could have been imported as general solids instead of native 1D or 2D SCIA Engineer members (elements). Follow the next steps to create the analytical model. 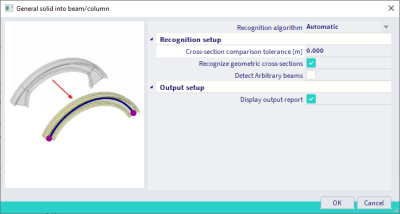 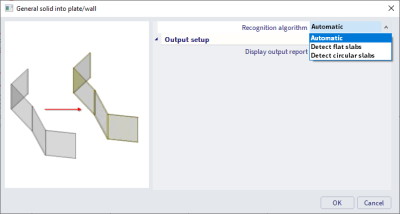 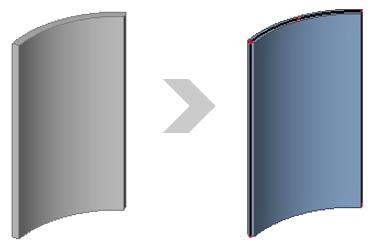 There are several options for how to align the analytical model. For example, it can be done by storeys or Local Coordinate System (LCS) planes. It is also possible to align only a certain type of members, e.g. beams to columns, columns to plates, and others. Before the function is executed, you can display a live preview. 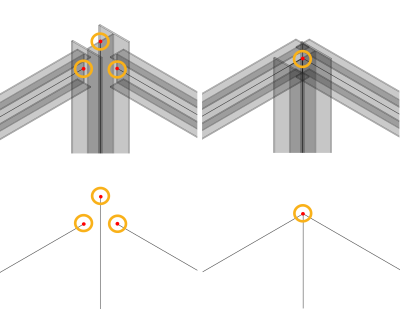 Max. node to master plane distance and Max. total displacement of node are very important options. It is recommended to start with a rather smaller distance than with a larger one to ensure that members are aligned to the expected planes.
See the example in which the Max. node-to-master plane distance is set to 0.1 m and 0.15 m, respectively. 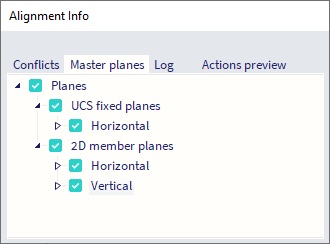 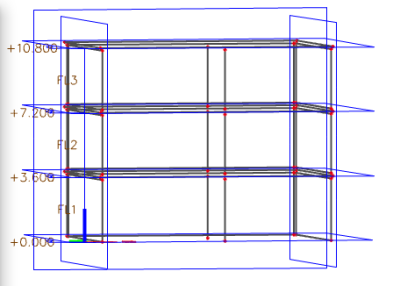 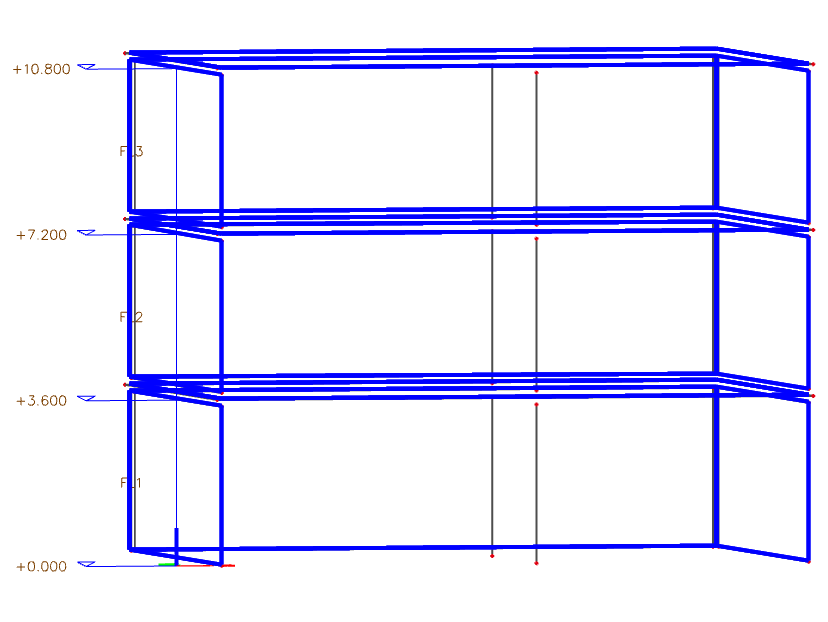 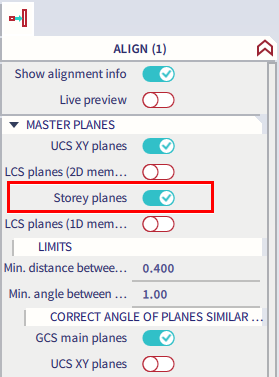 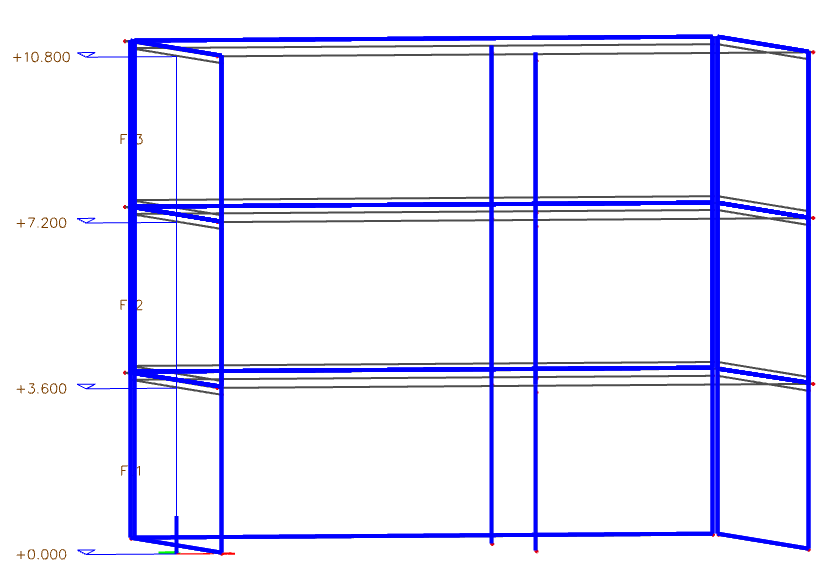 And then align the walls together (with Master planes set to LCS planes (2D members) and Max. node-to-master plane distance set as default = 0.51m) : 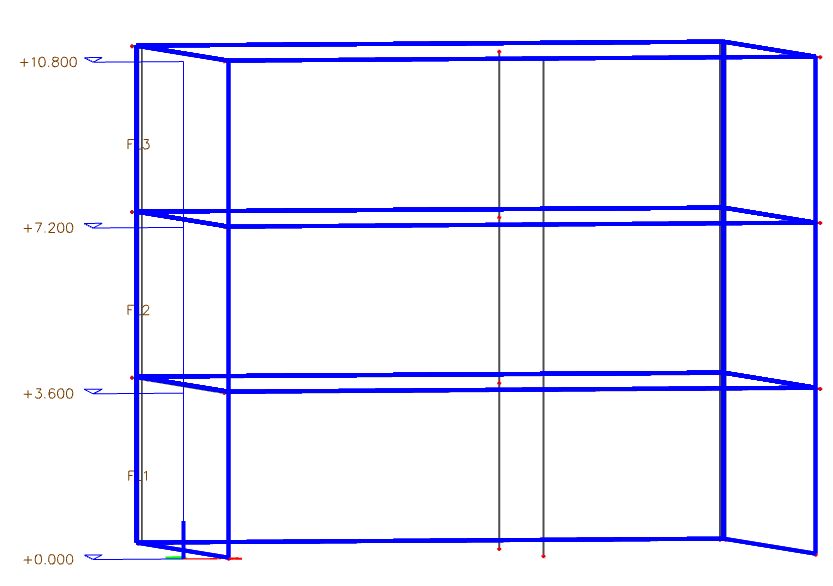 Structures are aligned by moving nodes, which means there can still be duplicate nodes present. Therefore it's necessary to check the structure data. The members also need to be connected using the connect members/nodes command. Alternatively, it's possible to connect beams to plates as ribs or member nodes via rigid arms. 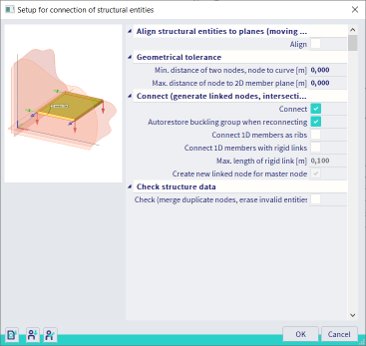 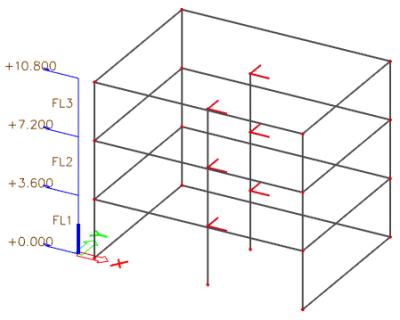