Use a polyline to model rafters

Details of Use a polyline to model rafters

A polyline is an option in SCIA Engineer that allows to model a continuous 1D element constituted by multiple bars and treat it as one object.

How to create a polyline

A polyline element can be modelled by using the 1D member command (Input panel > workstation Structure > category 1D Members) and then selecting the option Polyline below the SCIA Spotlight:

An alternative is using the command Connect curves (Main menu > Edit > Polyline edit). In this case, it is important to check that additional data hasn’t been lost.

The polyline could be useful in a model because it allows you to have less elements while asking for results. From the other side, any data on nodes (releases, nodal supports,...) can only be added to the beginning and to the end of the polyline.

What is more interesting to compare is instead the buckling factors of the rafters when they are modelled as separate elements or as polylines.

In the first case, two symmetric rafters are modelled as separate elements and then as a polyline.

Via the property System lengths and buckling settings we can see that the buckling length ly is the same for the two rafters (12,95 m): 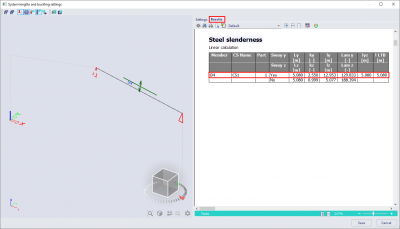 Then the same rafters are modelled as one polyline. The buckling length ly is 13,75 m so, in this case, the results are similar enough: 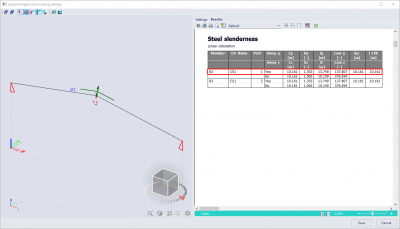 The second case shown, it is one in which two rafters of different length are modelled as separate elements.

The buckling length ly is different for the two rafters and it is respectively 3,54 m and 10,19 m. 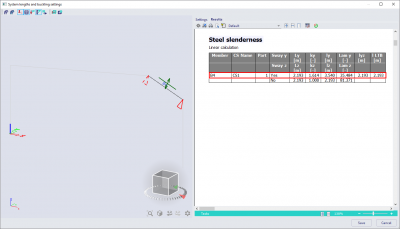 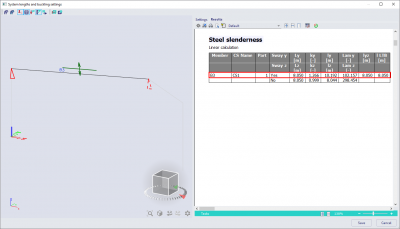 Then the same rafters are modelled as one polyline. The buckling length ly is 13,89 m so, in this case, the results differ between the two configurations: 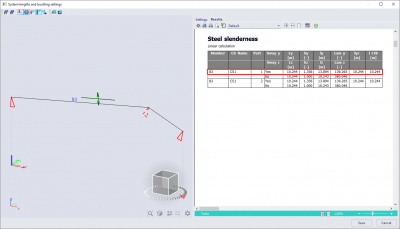