What is the influence of an eccentricity on the internal forces?

In the example below a comparing study of 3 situations is made.  In every situation a beam of 10 m ,supported on both ends by hinged supports, to which a load of 10kN/m is applied, is regarded.

Below you can see the result of the normal force in the three cases. 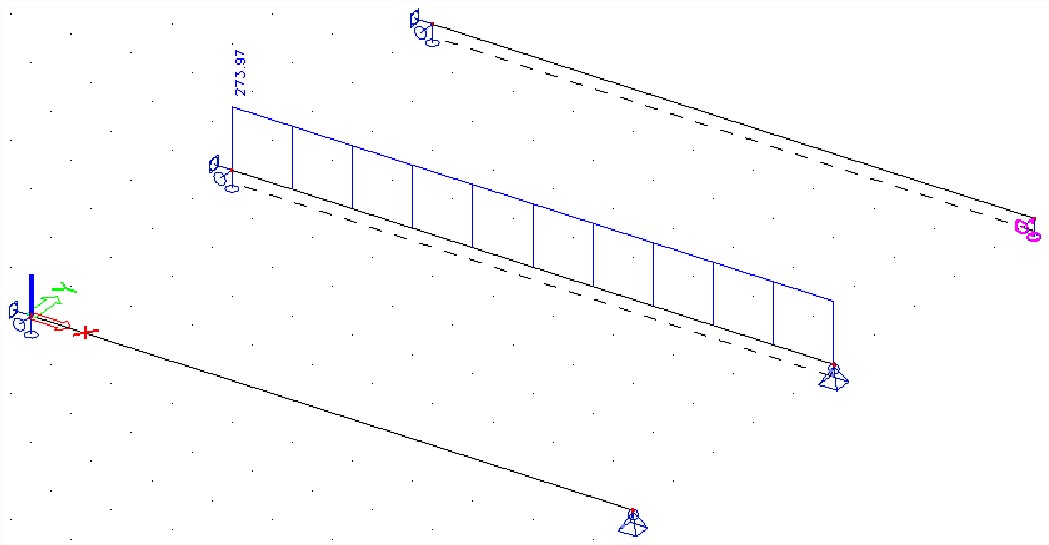 The first beam shows a resulting normal force equal to zero. This is logic since exterior normal forces are nowhere applied.

Below you can find the explanation for this.
The supports are introduced on the level of the system line and not on the level of the neutral vessel.  Because of this a normal force is working in a resulting way on the neutral vessel because the support can take an axial reaction force. The resultant of these reaction forces is zero because no exterior axial force occurs. 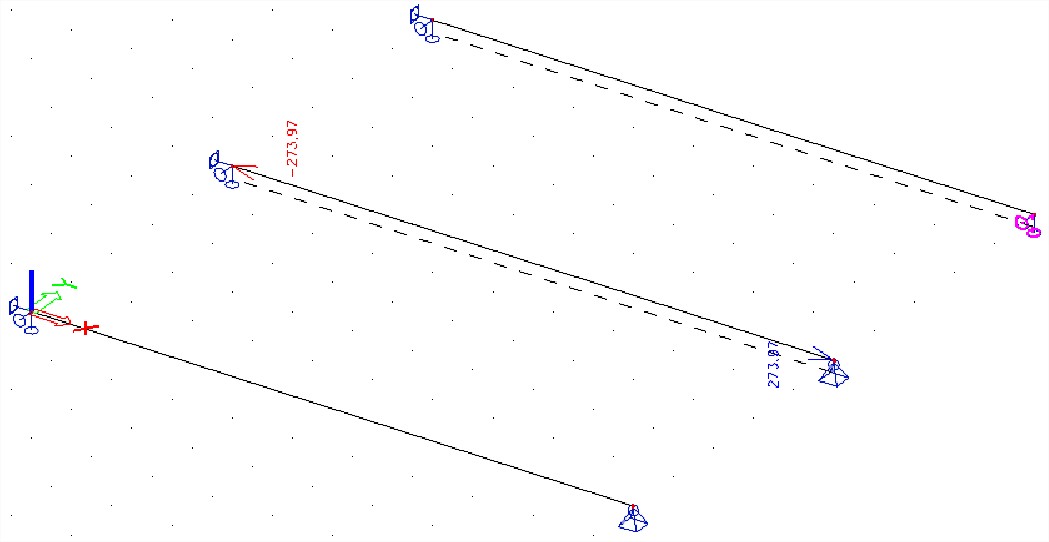 Resulting works a tensile force on the beam.  The resultant of the reaction forces is zero.