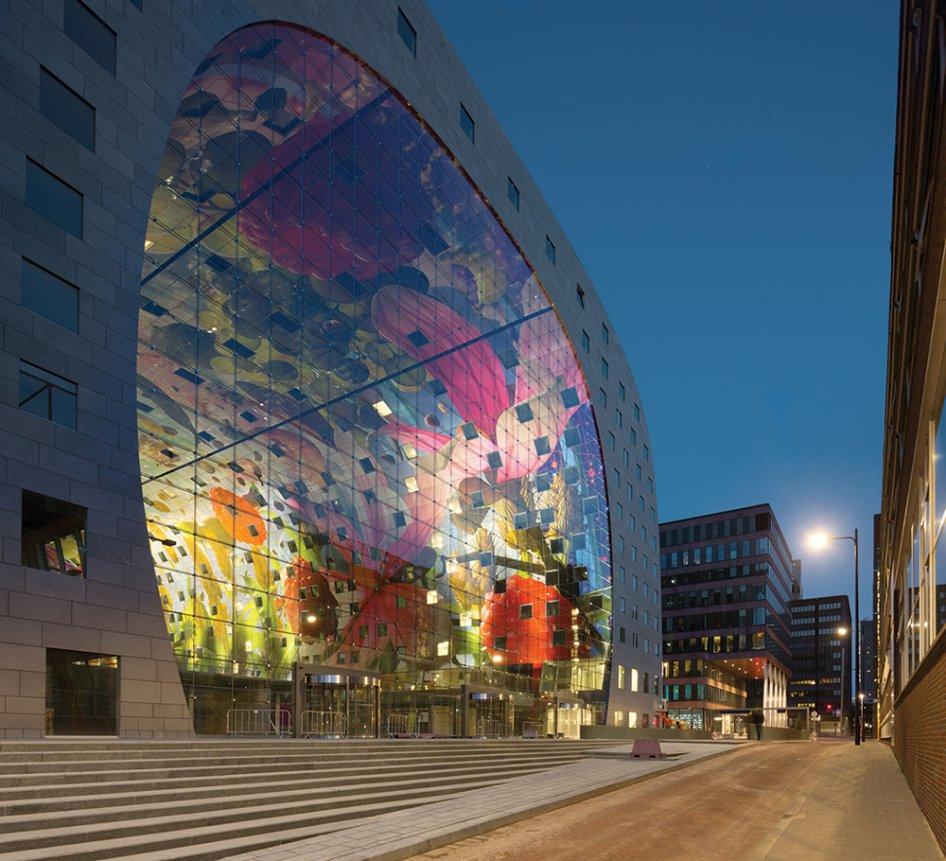 Details of Markthal - Rotterdam, The Netherlands

The Markthal in the centre of Rotterdam is a unique project in many ways. It’s the first covered market hall in the Netherlands, enveloped in apartments and enclosed by cable net facades at the front and back. The top apartments form the keystone of the market hall, spanning 36 m and carried by concrete walls. The project has a footprint of ~120 x 90 m and stands 40 m tall. Underneath the building a 4 storey deep underground carpark has been created. The building’s foundations are a sand layer on top of a soft clay layer at a depth of around 30 m.

We used SCIA Engineer to investigate and engineer the complete structure with cost optimization as the driving force for project feasibility: the stability of the superstructure, the interaction between soil, foundations, substructure, superstructure and the behaviour of the cable net facades.

The lowest floor of the substructure was optimized to be as thin as possible, while retaining up to 12 m of water pressure and withstanding settlement due to the soft clay layer. The superstructure was monolithically integrated in order to avoid vulnerable dilatations. The cable net facades were designed taking into account the non-linear behaviour of both concrete structure and cables (deformation determined forces) to reduce construction time and costs.

This project is technically very interesting because the whole building has been modelled in 3D including the cable-net facade, supporting perforated structure and its foundations. The presentation showed the structural model and the completed building, demonstrating the use of SCIA Engineer to optimize the final design solution. 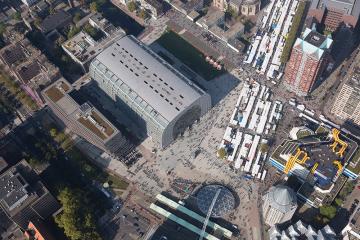 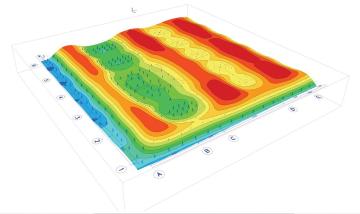 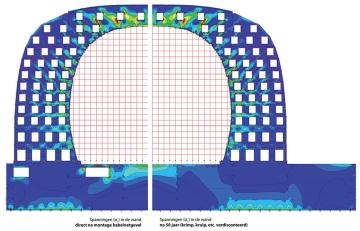 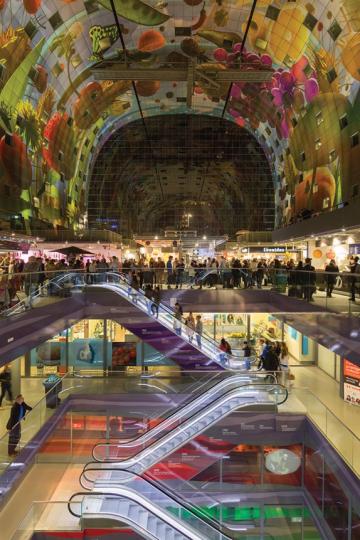 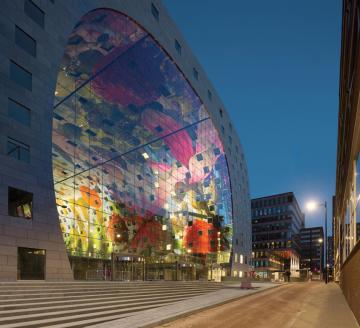 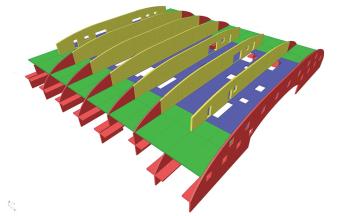 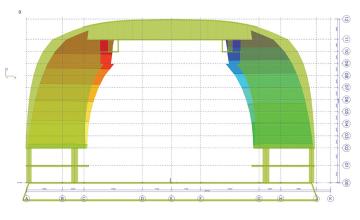 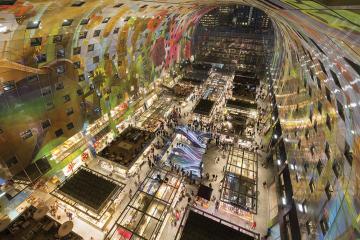 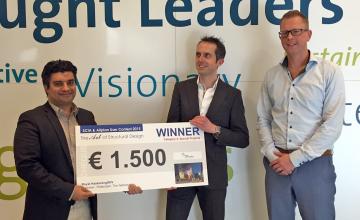 Backed by the expertise and experience of our 7,000 colleagues all over the world, our professionals provide their services locally to public and private clients from 100 offices in 35 countries.