How to create nonlinear combinations?

The available types for Nonlinear combinations are only ‘Ultimate’ and ‘Serviceability’.
This while for Linear combinations can be chosen from 3 types, each time for ULS and SLS: Linear (Simple) – Envelope – Code (e.g. EC-EN).

The next steps show how to simplify this process: 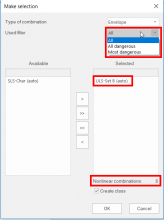 
All dangerous = A dangerous combination is one that creates an extreme effect in some member in the structure. That extreme effect can be an internal force or stresses in the extreme fibers of the section. Linear results will be used in order to estimate which members are getting these extreme effects. 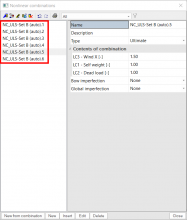 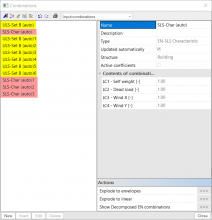