How to define a variable surface load – e.g. soil pressure – on a 2D element?

In order to define a variable surface load - e.g. soil pressure - on a 2D-element, a free surface load should be used. The procedure which you need to apply is explained by an example of a 3m retaining wall with a ground pressure of 0 – 30 kN/m2. 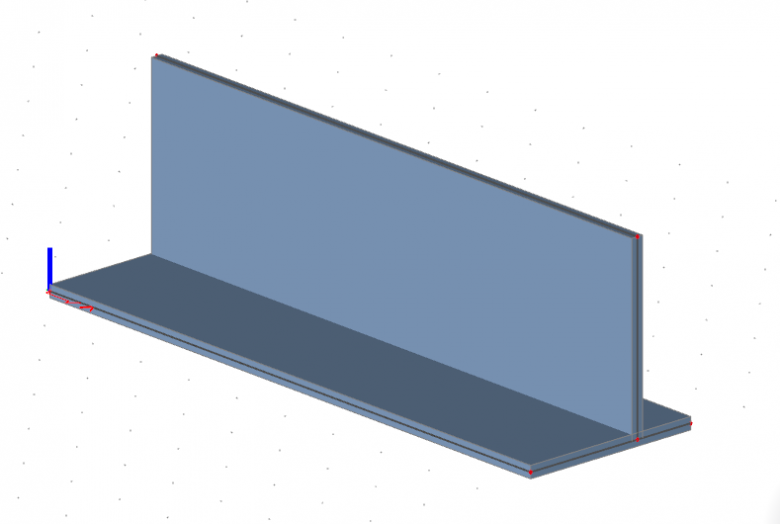 Since a free surface load has to be always defined in the XY plane of the UCS, it is necessary to define the plane vertically with the Y axis pointing upwards. This can be done by executing the ‘UCS by 3 points’ command that can be found in the ‘UCS’ menu of the ‘Tools’ tab. 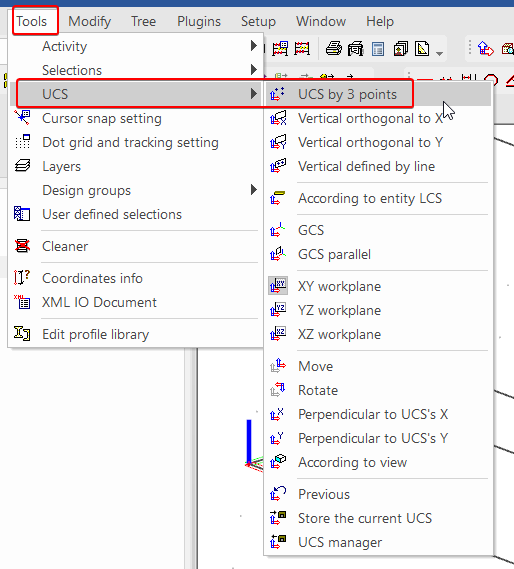 At first, you will have to set the new origin of the UCS, followed by the direction of the X and Y axis. 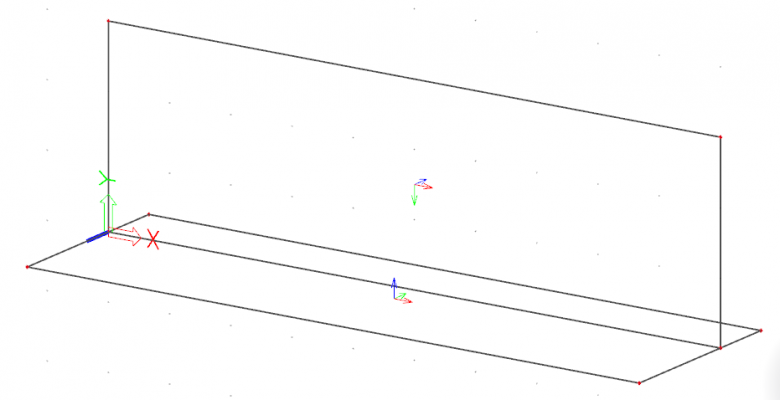 The following step consists of defining the free surface load. Therefore, you should select the ‘Surface load - free’ option in the ‘Load’ menu. As mentioned before, the surface load is defined in the XY plane, which means a variable distribution in the Y direction should be applied. Since the ‘member LCS’ option is selected, the loads are defined according to the LCS of the wall. In this case you should define positive values. 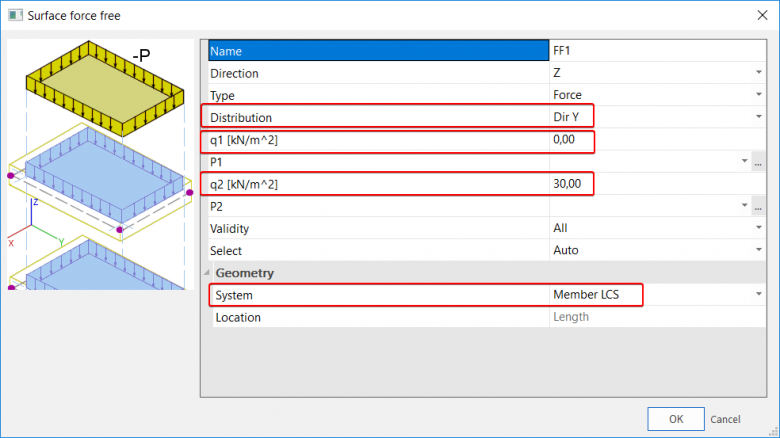 As soon as you confirm this window by clicking on ‘OK’, the points ‘P1’ and ‘P2’ can easily be defined by snapping these points in the model space. 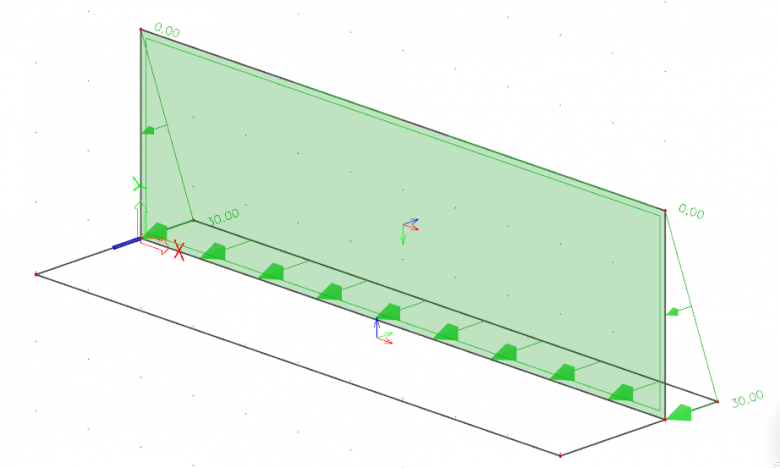 The visualization of the free load may seem incorrect at first sight. Since this is the representation of the original load, you still need to create the generated load by executing the ‘Generate loads’ command within the ‘Actions’ menu that can be found in the properties window of the load. As soon as this step is executed, the generated load will be displayed according to the LCS of the member. 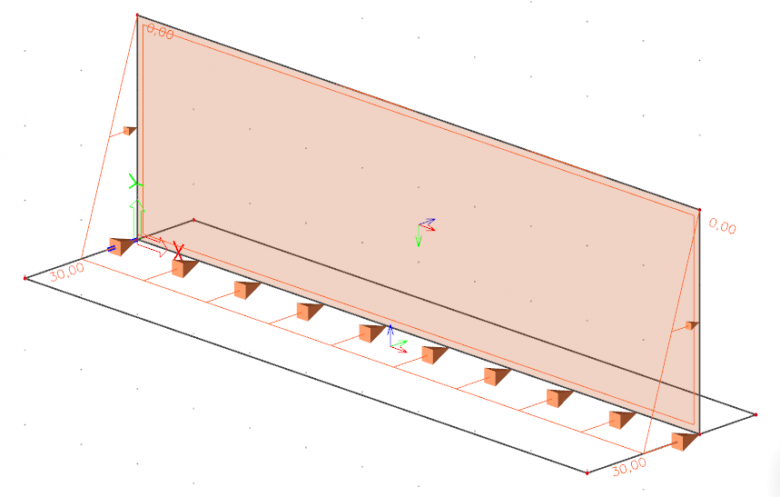 Remark:
In this example, we applied the ‘Auto’ option for the ‘Select’ parameter. This means SCIA Engineer will automatically generate loads on the members which are in the same plane as this free load. The ‘Select’ option can be applied for this parameter as well, which means you have to select the members on which the free surface load should be applied. This can be done by executing the ‘Update 2D members selection’ command that can be found in the ‘Actions’ menu. 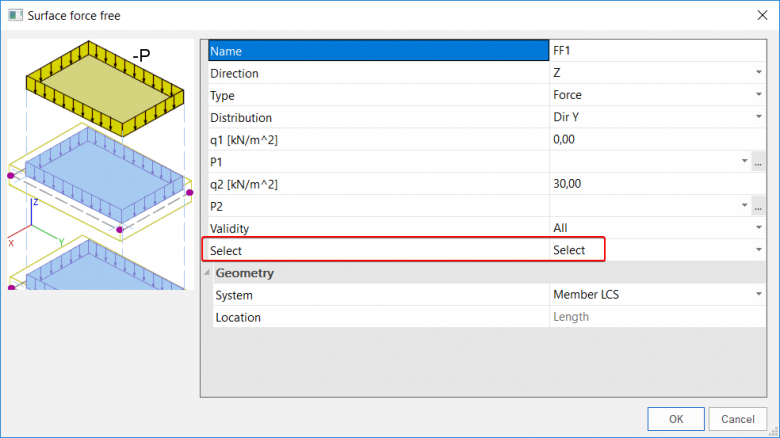 Tip and trick:
You can easily check if the surface loads are generated correctly by executing the ‘Test input of data’ which can be activated by launching the calculation. The results of this analysis can be consulted in the ‘2D data viewer’ tab, which appears in the ‘Calculation, mesh’ menu. You can then review the loads for each load case in the ‘Surface loads’ tab. In this case, the ‘qz’ settings will be selected for this load case according to the LCS of the selected member. 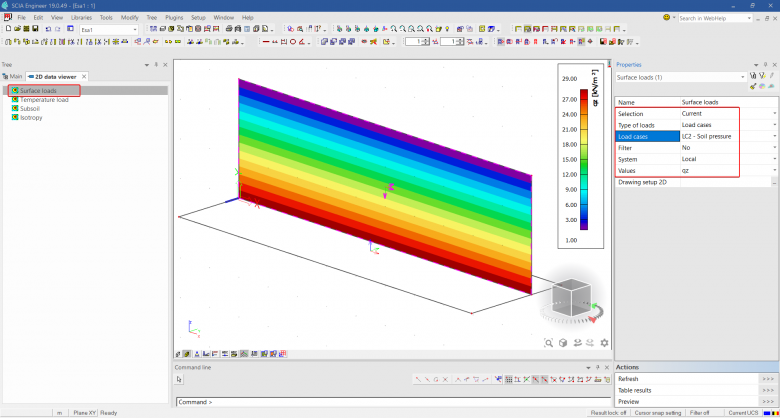