How are the internal forces calculated in the ribs (+ influence of effective width)? 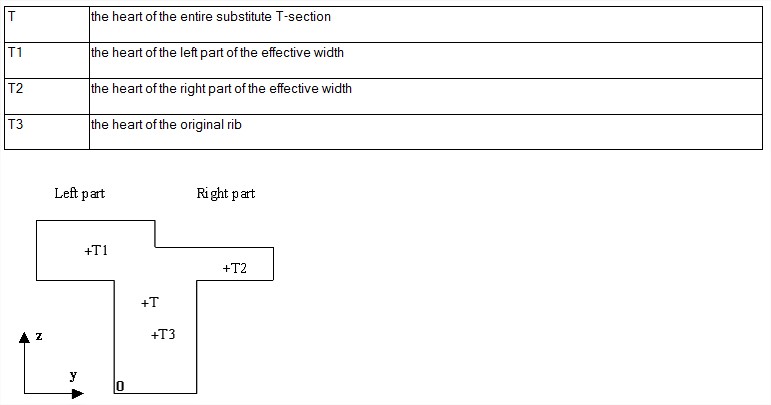 The coordinates of the hearts are used as lever arms in Y and Z direction:

The final internal forces in the rib can be calculated with the formulae below: 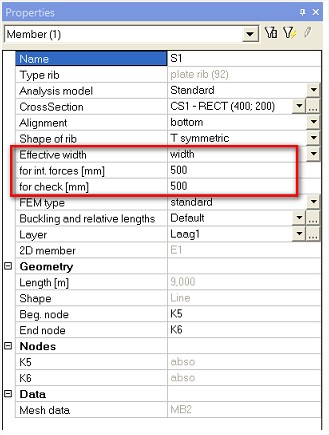 Of course the influence of the effective width will only be perceptible in the results if the option rib is ticked on. 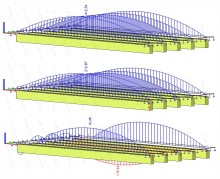 Please note that with a effective width equal to the headway between the ribs (1m), the resulting normal force is zero. This is logic since no exterior normal forces appear.