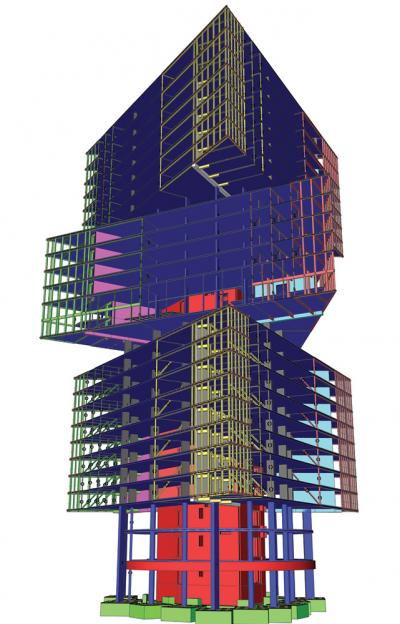 The nhow Amsterdam hotel with its iconic design creates a new landmark of the Dutch capital.  Its 650 rooms on 25 floors make it the largest newly built hotel in Benelux.

During the initial design phase, SCIA Engineer with its parametric definition of the model allowed the engineers in the Van Rossum Raadgevende Ingenieurs office to make quick parametric studies, compare between different structural options and prove the feasibility of the structural design with regards to the special architecture of the building.

In the final variant, the main load-bearing structure consists of nine columns and a concrete core, with walls cantilevering from this core. A secondary steel structure is designed to make the second cantilever holding the façade.

All types of analysis performed in SCIA Engineer

SCIA Engineer was used to calculate internal forces in all the structural elements in the building as well as to perform a stability and dynamics analysis, including the determination of eigenfrequencies and accelerations. In addition, design forces determined in the SCIA Engineer’s Concrete service were directly used to design the reinforcement in the concrete core. 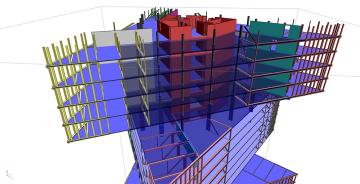 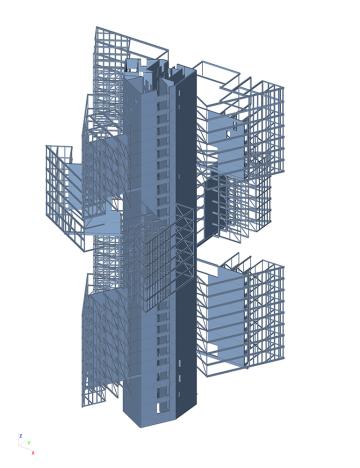 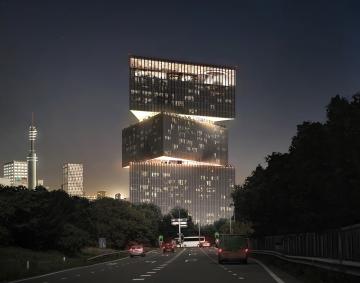 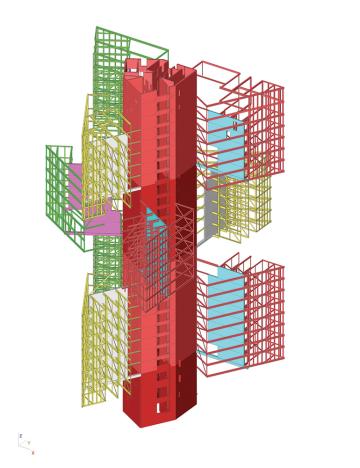 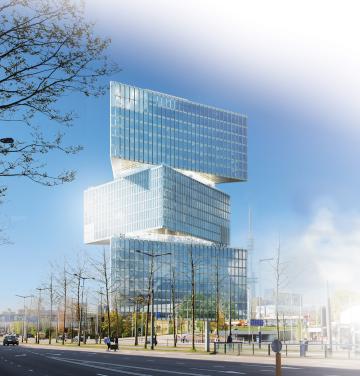 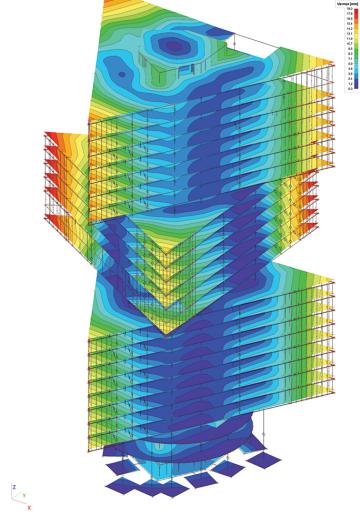 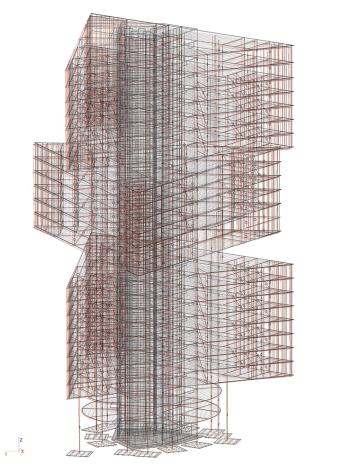 Van Rossum is characterised as a creative solver; a construction adviser who knows that many integral solutions are only possible with the knowledge from the other construction fields. Choices made at the start of the design process have a major influence on construction costs and quality. In the first stage of a project in particular, we can exert defining influence on efficiency within the process. It is therefore important to start the process with a top design team that maintains 100% communication.

We act as advisers to our clients and are able to make a clear economic constructive concept. Guaranteeing the feasibility of project.