Local coordinate system of a node

Details of Local coordinate system of a node

A node is the simplest entity applied in SCIA Engineer. A node is the basic element and defines other entity types. For example, a 1D member is defined primarily by its two end-points that are nothing else but two nodes.

Each node has got some properties including: 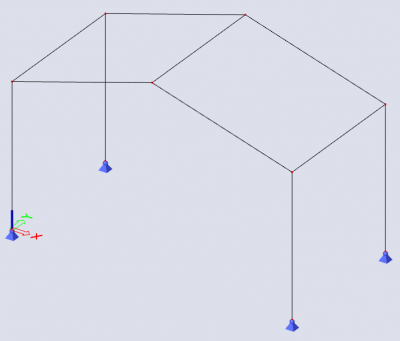 It is possible to define another orientation of the LCS of a node and specify that additional entities follow the coordinate system that you define.

Defining the LCS of a node

Use Coordinate System options in the status bar to create a new User Coordinate System (UCS). Define the coordinate system in such a way so that its axes are oriented in the direction required for the orientation of the LCS of the nodes. A useful command for this is 'from Local Member': 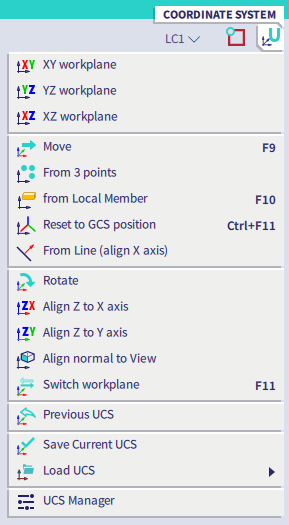 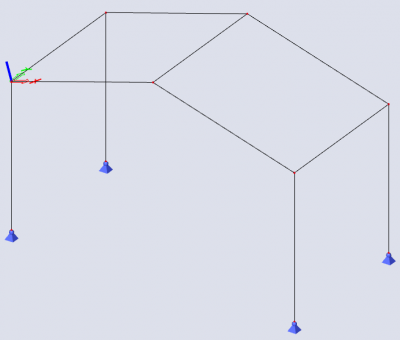 Save the current UCS via Status bar > Coordinate System > Save Current UCS.

Select the node (or nodes) where the local coordinate system should be applied (the local axes of nodes can be made visible through right-click in the interface and choosing View Settings for all entities). 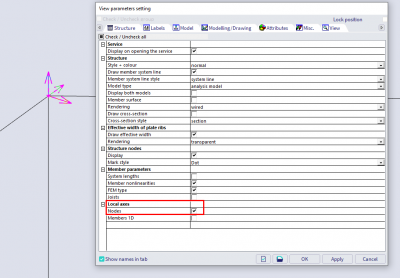 In the property panel you can tick the option 'LCS'. The dialogue then offers a list of defined user coordinate systems. Select the UCS that is adequate for the selected nodes. That means the UCS whose axes are oriented in the direction of the intended local coordinate system of the node or nodes. 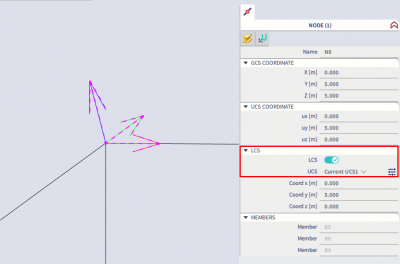 Displaying the connection forces for the LCS of a node

Generally, you will apply the 'Connections' module for the design and checking of connections in the structure. However, it may sometimes be useful to perform a separate design and fast checking of an individual joint manually. SCIA Engineer provides a simple and fast determination of internal forces acting in selected nodes. You can find the Connection forces - input in the Results workstation of the Process toolbar:

After inserting the 'Connection input', it is necessary to choose the 'LCS' in the properties. 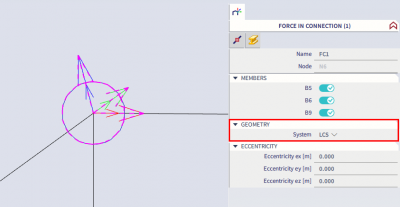 Defining a support for the LCS of a node 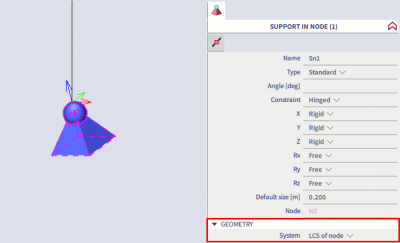