A node is the simplest entity applied in SCIA Engineer. A node is the basic element and defines other entity types. For example, a 1D member is defined primarily by its two end-points that are nothing else but two nodes.

Each node has got some properties including: 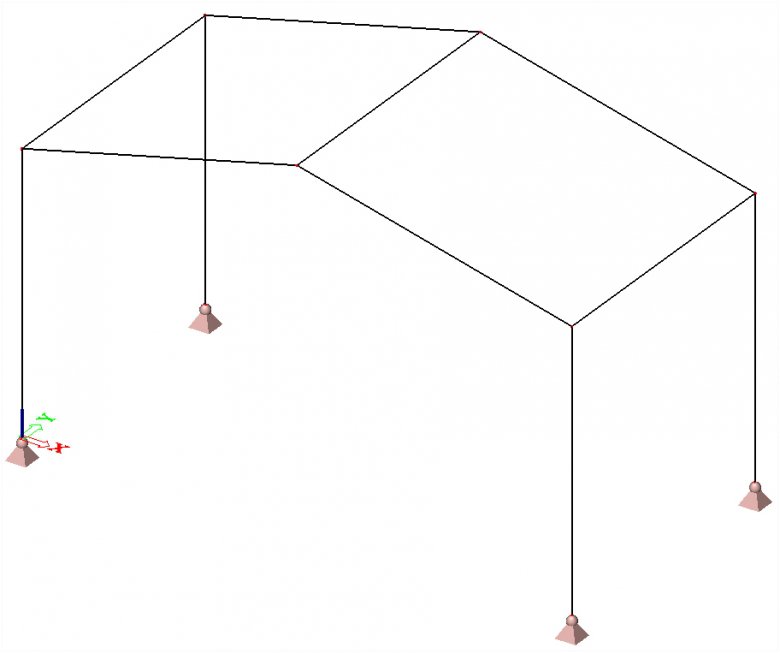 It is possible to define another orientation of the LCS of a node and specify that additional entities follow this coordinate system specified by the user.

Defining the LCS of a node

Example: Displaying the connection forces for the LCS of a node

Generally, the user will apply the Connections module for the design and checking of connections in the structure. However, it may sometimes be useful to perform a separate design and fast checking of an individual joint manually. SCIA Engineer provides a simple and fast determination of internal forces acting in selected nodes. 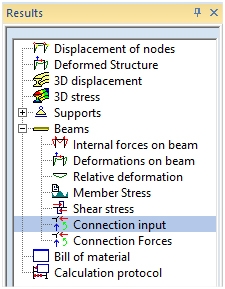 When inserting the Connection input, it is necessary to choose the LCS in the properties. 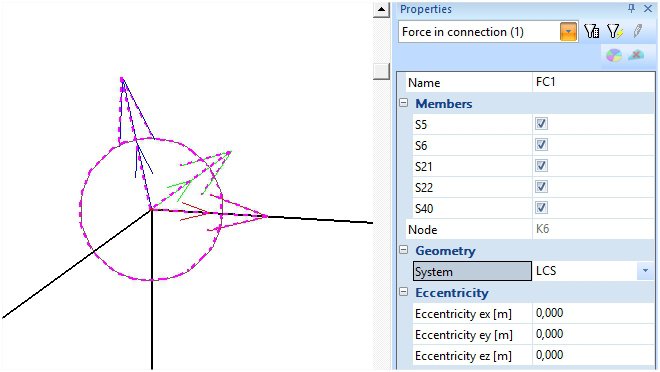 Example: Defining a support for the LCS of a node 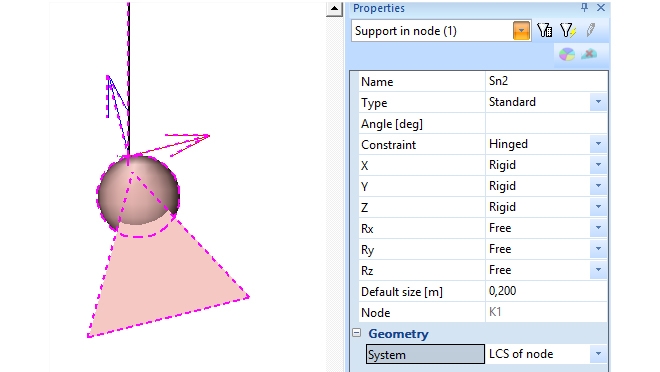