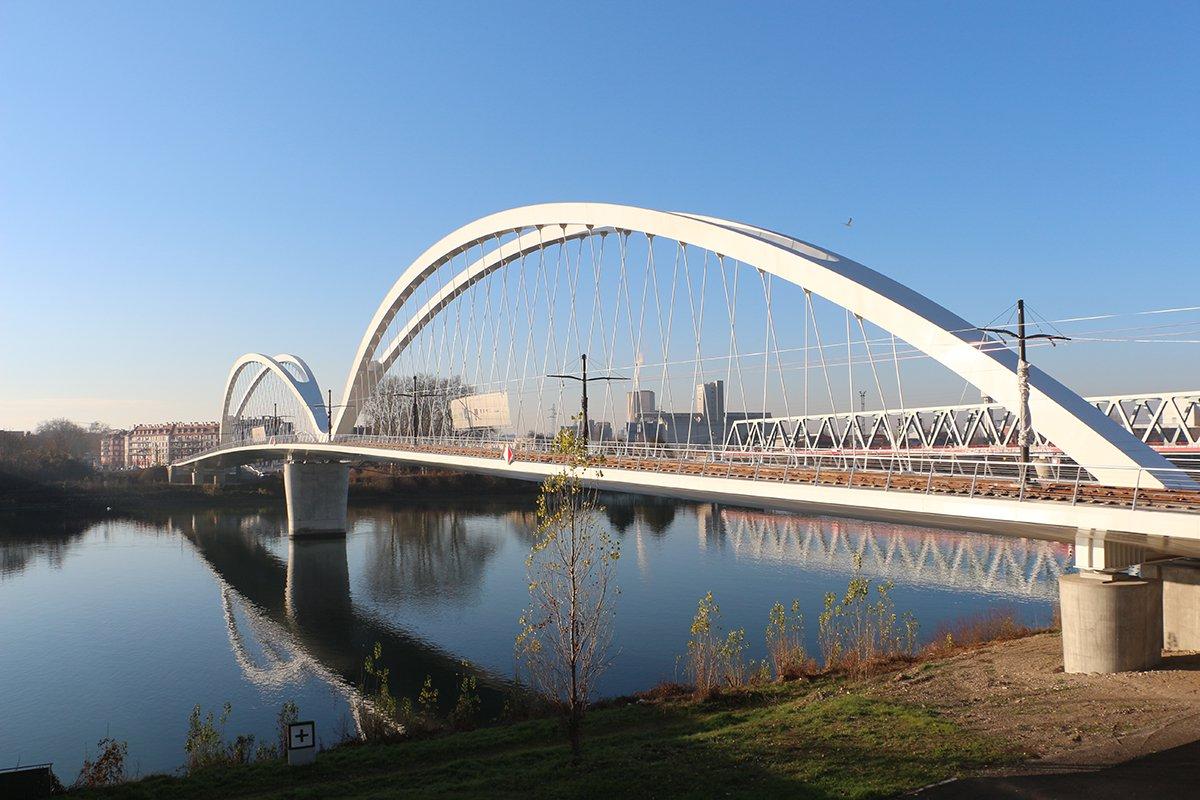 Details of Bridge over Rhine River 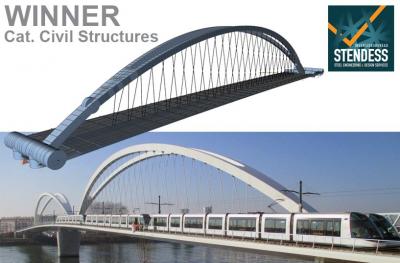 Operating since 1878, the Strasbourg tramline has been recently extended by a cross-border segment connecting Strasbourg to Kehl. A wide-span, double-deck bridge over the Rhine River connecting France to Germany is an integral and eye-catching part of this "Est de la Ligne D du Tramway" extension, including tram tracks and a zone for cyclists and pedestrians.

The bridge has a tram zone on one side of the arch and a zone for cyclists and pedestrians on the other side. The whole bridge is 290 m long. It consists of 2 bowstring bridges measuring 145 m each, the steel deck is 15 m wide and weighs 1,450 tons. The arches are 21 m high. The deck was transported to the site by a ship. The two bridges were built up on-site, one after the other, and transported by pontoons to their final place.

From an engineering point of view, this project has several challenges:

“The software works great for the calculation of complex steel constructions as it provides a possibility of using and combining the results of SCIA Engineer in a flexible way.”

The possibility to input and use graphical sections was a big advantage for assessing the influence of the deck on the global response of the structure. Stability analysis and the determined buckling shapes were used as an input for the second order analysis of the arches. The dynamic analysis helped determine the response of the whole bridge in service conditions, namely the response to the effect of loads due to traffic and wind.

SCIA Engineer was used for the dimensioning of the complete bridge in traffic situation as well as for the erection engineering during the construction.

“This country-connecting bridge between France and Germany was chosen by the jury because of the special approach used for this wide span steel structure with two double bow suspended decks and a total span of 290 m. The fact that there is no transverse bracing means that extra attention had to be paid to the stability and the dynamic influence of traffic and wind conditions during the design of the bridge. This meant the application of second order calculation and consideration of structural buckling. Parts of the bridge were shipped to the construction site, assembled on-site and lifted completely onto the bearings.”

Ingenieursbureau Stendess' Bridge over the Rhine River project, is the winner of the SCIA User Contest 2017 – Category 2, Civil Structures. 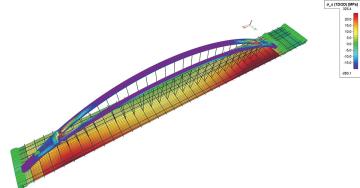 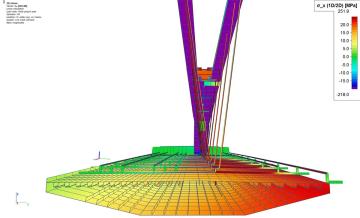 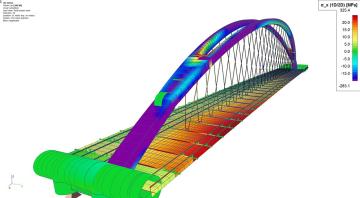 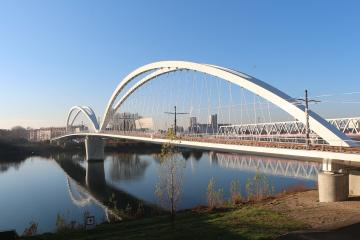 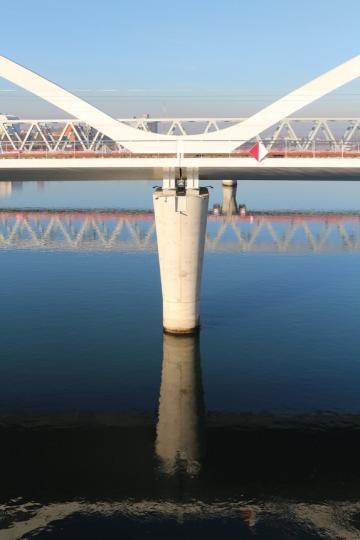 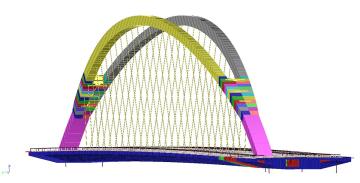 Integral quali​ty is our top priority

Stendess calculates and draws complex steel constructions in a high-quality and efficient manner while seeking economically responsible and sustainable solutions for specific technical stability issues. Thanks to the integral service, where the design of the metal superstructure and the concrete substructure are calculated and drawn by experts in the same office, the building owner and principal contractor retain 100% control over the complete structure. References demonstrate the multidisciplinary knowledge and ability of our engineers and designers in the market of bridges, industry, utility and other projects located worldwide.