Roofing of the Pump station Gas

Three circular columns with the outer diameter of 550 mm and inner diameter of 200 mm create the vertical load bearing structure. The rain gutters are located inside of the column. The column uses a conical shape to join smoothly with the shell structure of roofing. The curved part of the column is fitted with grooves for lights and other fittings. The reinforcement of columns is designed at both outer and inner surface using bars with the diameter of 10 mm and stirrups – (winded reinforcement with “considere” shape, also inserted to both surfaces.)

Building realization started with digging works at the beginning of March 2011. The formwork and reinforcement of foundation blocks and strips was the next step followed by concrete casting - finished approximately in the half of March 2011. The daywork joint (elevation point -1.000 m) was created on the top edge of the foundation constructions. It was necessary to leave the reinforcement stretching out for future connection of columns. From this joint on the exposed concrete was used. Concrete casting itself was split by additional two daywork joints (elevation points +3.060 m and + 4.922 m  - column haunch) into parts thanks to which the casting of the shell plate smoothly followed (elevation point + 5.457 m and higher) - the end of April 2011. Formwork systems were used together with a special formwork part for the column haunch. The construction was supported during concrete casting phase and during additional 14 days until the Schmidt-hammer test proved sufficient strength of the construction – the end of May 2011. The formwork was then taken off which meant the finalisation of the raw building. The whole process of construction ran smoothly without problems and in accordance with the prescribed time schedule, giving the building to usage in August 2011. 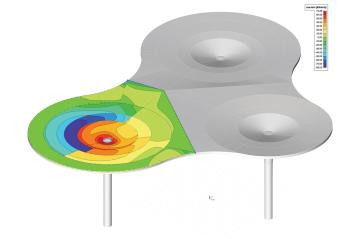 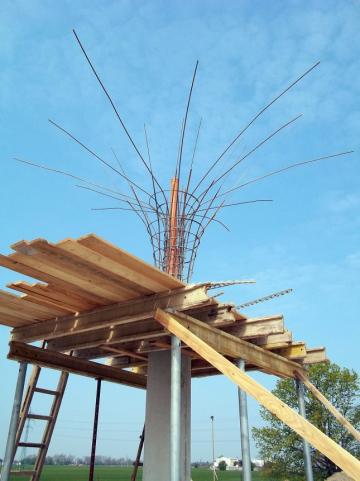 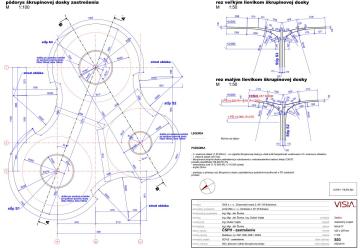 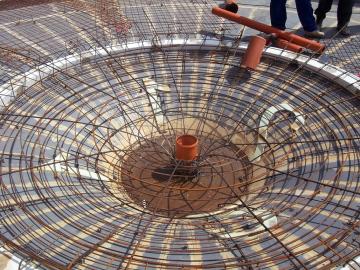 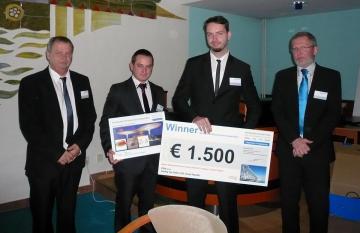 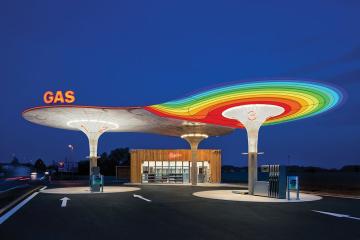 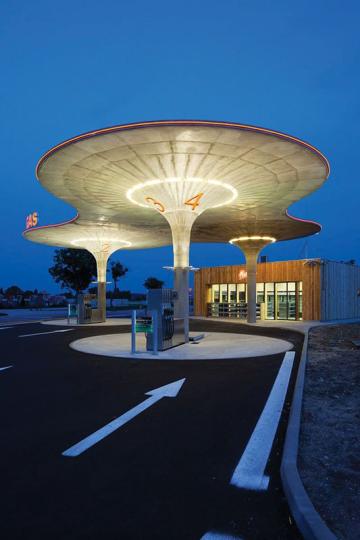